IATT are proud providers of a range of pressure swing adsorption, or PSA, nitrogen generators, in fact, it’s one of our speciality products in terms of install, supply, and servicing. It’s an incredibly intelligent piece of equipment, as the technology of PSA Nitrogen Generators produces nitrogen with a high purity of up to 99,9999% with 1.0 ppm residual oxygen. Not only this, but they also cover flow rates from a few Nm3/hr to over 10,000 Nm3/hr.

In many ways they are similar to Membrane systemsbecause PSA nitrogen generators too are designed as free standing modular systems. This makes for easy integration into new or existing plant installations which makes them not only incredibly effective as a product, but versatile and suitable for a wide range of applications for industrial and commercial operations and sites.

IATT supply, install, and service all products listed on our website, including PSA nitrogen generators, using our dedicated team of factory trained engineers strategically located throughout the UK.

Our engineers are in perfect position to assist you and your business when it comes to all of the various technologies, products, and services we provide at IATT. From supplying to installation as well as general maintenance and regular servicing, we can guarantee not only a smooth operation when it comes to our products and services, but an incredibly high level of customer service throughout the process.

This is something we pride ourselves on delivering to our clients throughout the UK and know we can do for you.Get in touchfor more information regarding our products and technologies as well as the engineers we have under our employment who will carry out works on your site.

The technology of PSA Nitrogen Generators produces nitrogen with a high purity of up to 99,9999% with 1.0 ppm residual oxygen covering flow rates from a few Nm3/hr to over 10,000 Nm3/hr. Like Membrane systems, these PSA Nitrogen Generators are also designed as free standing modular systems for easy integration into new or existing plant installations. This gives you that added versatility and choice around the system and positioning of said system to best benefit your operations.

PSA technology is advanced and based on the adsorption principle, which is as follows: nitrogen and oxygen molecules from the intake atmospheric air are separated by a carbon molecular sieve (CMS). The larger nitrogen molecules penetrate the system as they are not adsorbed by the activated carbon of the CMS. The nitrogen is then passed to the downstream nitrogen buffer tank system tank where the high purity nitrogen is ready to use.

IATT PSA Nitrogen Generators can be equipped as standard with touch control panels, modular expansion options and low maintenance valve technology. This means they are not only incredibly effective, but also easy to use and efficient, saving you time and money and boosting your operations substantially.

The system uses two pressurised twin towers to contain the adsorptive media where the clean dry compressed air enters at the bottom of one of the towers. Oxygen and trace gases are adsorbed, and nitrogen passes through the adsorbent media bed into a buffer tank prior to the outlet, further filtration and then onwards via the pipework distribution system to the process. After a predetermined time, dependant on the purity of nitrogen, the tower switches to regenerative mode and flows the pressurised compressed air into the second tower (hence the term Pressure Swing) where the process starts again. The first tower then depressurises, and the adsorbed oxygen and other trace gases are released and exhausted to atmosphere.

In a gas application such as nitrogen generation, adsorption is the accumulation of molecules of oxygen and other trace gases to form a thin film on the surface of a specifically selected solid such as carbon or Zeolite by intermolecular forces – the adsorption process is reversible which facilitates the constant use of the system to generate nitrogen on a commercially viable scale.

A number of PSA (Pressure Swing Adsorption) twin tower units can be piped or manifolded together into a larger unit to enable high flow capabilities.

Get in Touch with IATT Today

If you have any queries about the application or specific usage of any of our products, including lab gas generators, laboratory nitrogen generators, or anything else listed on our site, then please do not hesitate to get in touch.

Our team are vastly experienced and highly knowledgeable, and we are experts in the industry. We can answer any technical queries surrounding the various products and services we provide, from industrial oxygen generators to nitrogen generators, compressed air dryers and more.

To get in touch, you can visit this web page, drop us an email at info@iatt.co.uk or call our head office on 0191 477 0060. You can also request a free quote via these mediums or fill in our “speedy” request form for a quick call back.

IATT supply, install and service all products listed on our website including lab gas generators, using our dedicated team of factory trained engineers who are strategically located throughout the UK. We are therefore best placed to supply products as well as the finest servicing, and maintenance our customers and have been doing so for many years.

Independent Air Treatment Technology Ltd. (IATT) is a British company with our head office in North East England. We provide national coverage of fully factory-trained engineers strategically located throughout the UK that specialize in compressed air and gas generation technology. 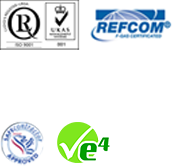 /%category%/%postname%/
#
Sort Gallery
on
yes
yes
off
off
on
off